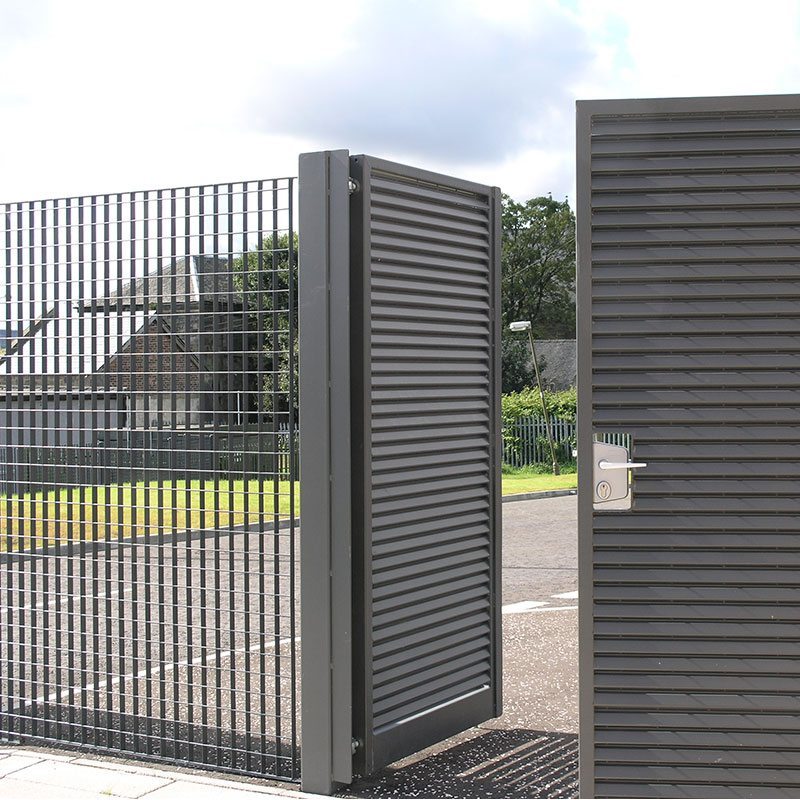 Fauldhouse in West Lothian opened a new Health and Community Centre in late 2010. At a cost of £5 million, the Centre will bring under one roof medical and dental practices, a library, swimming pool, creche and community rooms.

The main entrance gate was made with Palermo infill panels; the other five sets of gates were made with Italia-100 steel louvred panels for the added security of visual screening, which was important around a creche play area.

The fencing and gates were hot-dip galvanized and polyester powder coated in RAL7024.