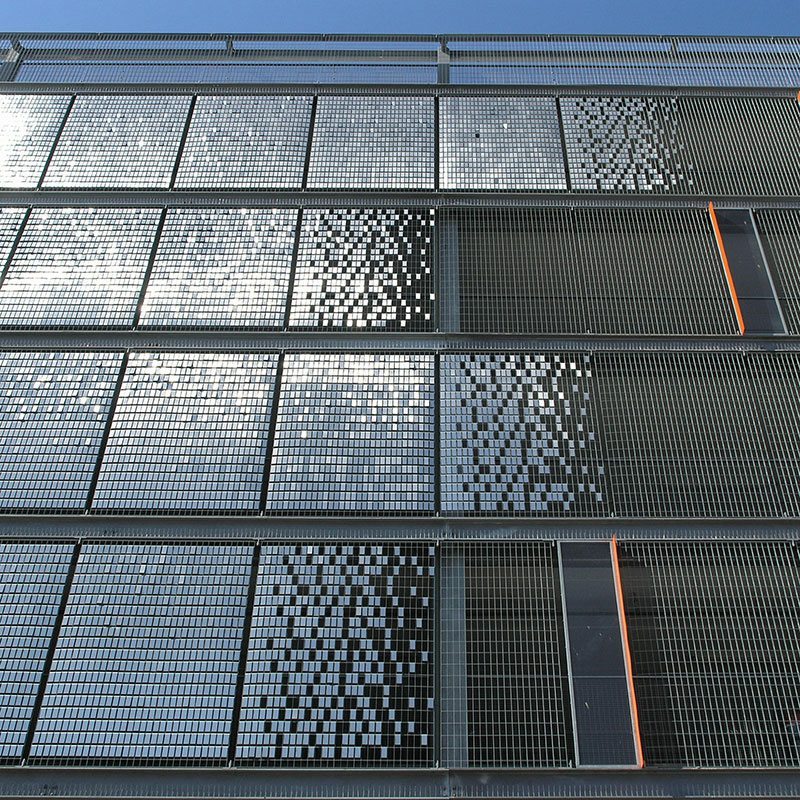 A massive, continuously moving, kinetic artwork partially covers the East facade of the five-storey Olympia car park in Dundee. The design, which incorporates hundreds of freely-moving stainless steel tiles, is said to create the impression of waves blowing over a metallic field of grass. Gusts of wind and traffic cause the shiny metal rectangles to ripple in an ever-changing display.

From this initial idea, Lang+Fulton have uniquely developed and tested their STEREO-KINETIC system using their experience of grating products and researching and sourcing the most durable components to achieve a stunning wall cladding effect.

The grating panels were bolted to the structural steel framework of the car park and were shaped to a radius at the corners of the building.  On the South and West facades they were intermittently spaced to include glass inserts. A grating panel with a smaller aperture was used as infill for the ground level openings of the car park to provide enhanced security.